Which Non-Chemical Cockroach Control Methods Are Known To Be Effective?

Cockroaches are a problem that everyone has to deal with. We’ve all come across cockroaches running across the kitchen floor in the middle of the night or racing out from a hiding spot in the basement or attic that has been revealed after someone moves a box or some other stored item. There seems to be no escaping these horrid pests.

The first thing that generally comes to mind when it comes to controlling cockroaches in your home is the use of chemical baits or insecticides. Not every person feels comfortable using insecticides inside their home, particularly families with small children that might inadvertently ingest said insecticides. If this is the case, then there are non-chemical methods of controlling cockroaches available for use instead. Their success rate depends a lot on the extent of an infestation, and are usually recommended for use in conjunction with other control techniques such as making your home clean and less hospitable to cockroach pests in a number of ways. These non-chemical control methods are also often used together with chemical insecticides to treat larger infestations.

If you are dealing with a light infestation, sticky traps with or without pheromone lures can be used to control cockroaches. These can be placed anywhere cockroaches have been spotted or detected, as well as areas that attract the pests such as kitchens and bathrooms. These traps must be monitored frequently to check for full or old traps that need to be replaced. You can also make your own simple trap out of a glass jar. You first want to glue or tape a paper towel around the outside of the glass jar, so the cockroaches have a rough enough surface they can climb up the jar, which they will then fall inside once they reach the top. To keep the cockroaches from getting out, line the inner lip of the jar with petroleum jelly. Place a piece of bread soaked in beer or another food item that will actively draw cockroaches inside the jar. Finally, place the jar upright in a cabinet, on the floor in the kitchen or anywhere else you have seen them, and leave it there overnight to attract some unlucky roaches. When you check it in the morning, if you find some cockroaches, they can be killed by closing the jar and placing it in the freezer or filling it with water and detergent.

Another non-chemical control method is using temperature to kill the pests. Cockroach pests can be eliminated through heat treatments. However, this only works if you are able to heat the entire room or apartment to around 140-150 degrees Fahrenheit for 5 to 6 hours straight. Cold treatments are used effectively on smaller infested items. The object must stay at a temperature below 0 degrees Fahrenheit continuously for at least several days in order to eliminate all cockroach pests, including nymphs and oothecae.

Have you ever used any non-chemical control methods to eliminate cockroaches?

Much like all other states in the contiguous US, the German, American and Oriental cockroach species are the three most common roach pests in Louisiana. However, due to Louisiana’s wet, warm and humid climate, the state is home to a diversity of cockroach species that are well documented as being pests within homes. The brown-banded cockroach species was introduced into the US over a century ago, and today they can be found throughout most of the country, but are most abundant along the Gulf Coast. Another pest species, the smokybrown cockroach, is rapidly increasing its population size in Louisiana, and less pestiferous roach species, such as Turkestan and Surinam cockroaches, are found on occasion within homes in the state.

Multiple surveys have found that New Orleans sees a higher rate of cockroach infestations than any other city in the country. For example, according to the American Housing Survey, a whopping 40 percent of households in the city reported roach infestations during 2015. Although New Orleans does not need any more roach-related publicity, a new horror film about killer cockroaches was naturally shot and set in the city, and a recent video showing massive numbers of roaches climbing over one another within a car in Calhoun has recently gone viral.

Since the video went viral on September 15th, people all over the world have been wondering how hundreds of cockroaches could possibly come to inhabit a parked car outside of a truck stop. However, once it was revealed that the footage was shot in Louisiana, the seemingly unusual footage began to make a little more sense to those who have visited the state. The footage was captured on a cell phone by a random woman who walked past the roach-infested car on her way into a truck stop restaurant. Needless to say, she lost her appetite.

Have you ever found cockroaches in your vehicle?

Having a cockroach infestation is not only stressful, it is also horrifying…unless, of course, you think that cockroaches make for loveable pets. However, there are worse types of insect infestations. For example, a bed bug infestation can result in physical injuries, and eradicating these bugs from homes can be time consuming, inconvenient and sometimes unsuccessful. Then there are termite infestations. These infestations can go unnoticed for years and can result in thousands of dollars in damages. In some extreme cases, homes can be demolished as a result of irreparable termite damages. On the other hand, cockroaches do not typically bite humans, nor do they cause structural damages. Also, due to their relatively large size, cockroach infestations are usually noticed relatively quickly. Although, on the surface, it would seem that many types of insect infestations are more undesirable than cockroach infestations, there is something about a houseful of roaches that many people cannot tolerate. There are very few people in the world that know this better than the residents of one neighborhood located on the Northside of Alliance, Ohio. Due to the careless and unsanitary habits of two residents in the area, a cockroach infestation within their homes has spread to several nearby houses. Surprisingly, the resulting infestations have proven difficult to eradicate, as this problem has persisted for a period of two months. 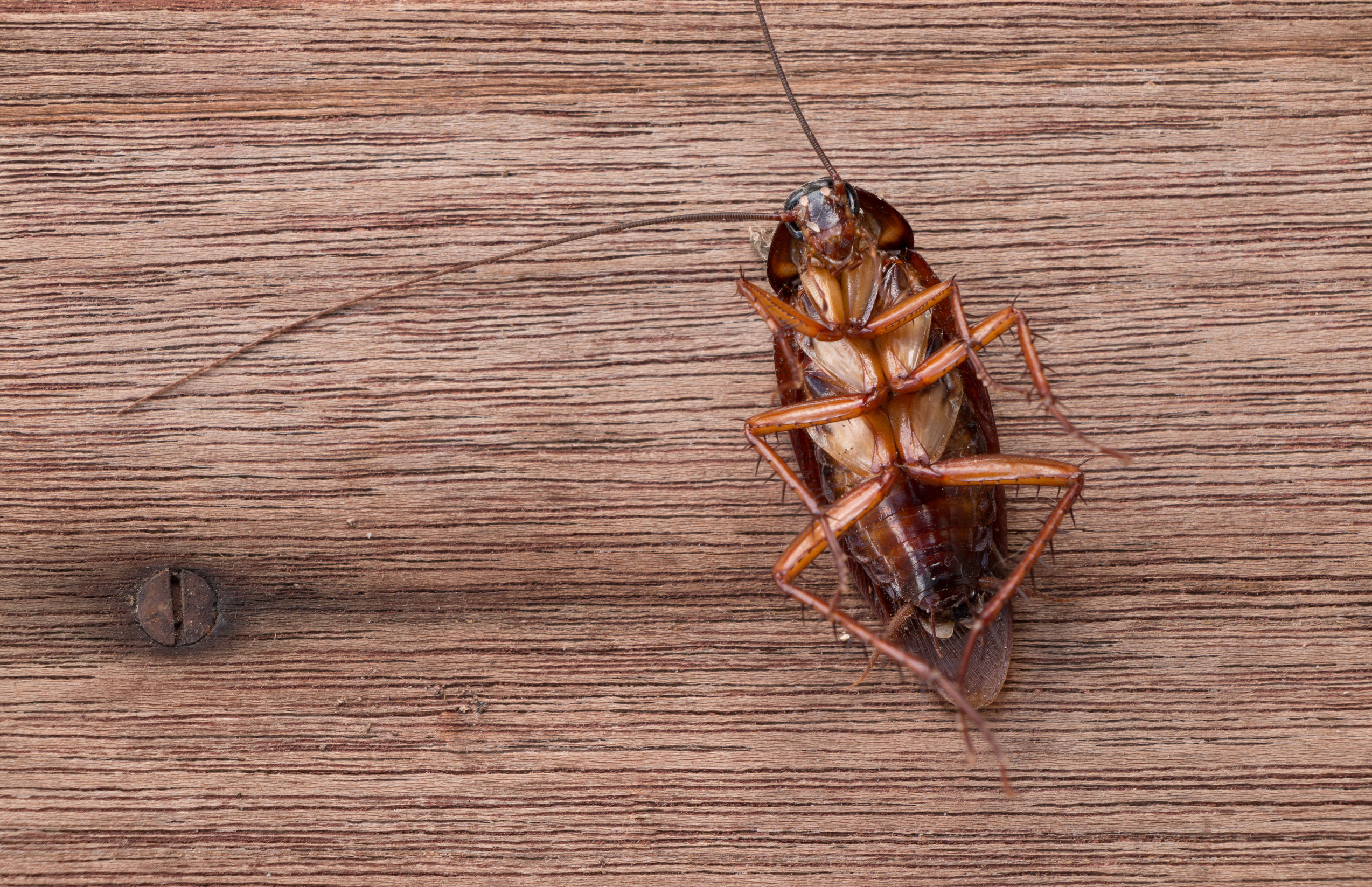 For quite some time now, literally thousands of cockroaches have been skittering out to two homes located on the 400 block of West Wayne St. Back in July, a resident living in the area reported a long-running cockroach infestation that had been noticeable in the home located at 474 West Wayne St. A short time later, a house located a few doors down also become a haven for cockroaches. Now the cockroaches have infested multiple houses in the area, and the insects have even managed to travel to the end of the block. The city health commissioner is currently working with the home’s owners as well as pest control authorities in order to get the enormous infestation under control. According to the commissioner, by the time he received the complaint, the infestation was already a neighborhood-wide problem. The cockroaches, which can be seen in people’s yards, clearly number in the thousands.

If you were one of the affected residents living on Wayne St., would you consider a lawsuit against the owners of the two roach-infested houses?

Following the cold winter season, many people welcome the summer heat. People were meant to enjoy the great outdoors, so naturally, the pleasant summertime weather allows people to satisfy their need to be amongst nature. However, “nature” is not all fun and games, as there exists many creepy-crawlies lurking about within grass, bushes, trees and even inside homes. Many people will happily tolerate a few insects here and there if it means enjoying the great outdoors, but most people have a hard time exercising tolerance toward cockroaches. Cockroaches happen to be one type of insect that people are not willing to put up with in the least, which can be a problem, as cockroaches are among the most abundant of insects. Just ask the residents of Carmichael, California how they feel about cockroaches. They will tell you all about the terrifying cockroach invasion that has been occurring within their town for weeks. 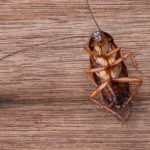 The residents of Carmichael have been falling victim to cockroaches that are infiltrating people’s homes. One resident, Toby Rodriguez, took a local news team around his home in order to point out the many cockroach corpses that had been lying about. One cockroach was lying a few feet from his front door. Apparently, the roach was attempting to make an escape before it died. Two other residents, the Guillermo’s, claimed to have found cockroaches all over their home on a daily basis. They have found cockroaches within their home, garage, back and front yard, and around their fence posts. Guillermo and his wife are amazed at the number of cockroaches that they have been finding, and they are puzzled over the origin of the roaches. “Certainly, the roaches cannot just be gravitating to our home”, said Guillermo. Of course he is correct, as the Sacramento Sewer District has been receiving numerous call about unwanted cockroaches. One roach expert has tried to explain the cockroach invasion by referring to the area’s climate. Roaches are able to survive just fine until the temperature reaches 95 degrees. When the temperature reaches this point, roaches will inevitably look for shelter indoors. The current heat wave in the Sacramento area is the likely cause of the roach invasions.

Have you ever noticed an increase in insect life during heat waves?