China Is Prepared For A Military Attack Against Mosquitoes

China Is Prepared For A Military Attack Against Mosquitoes 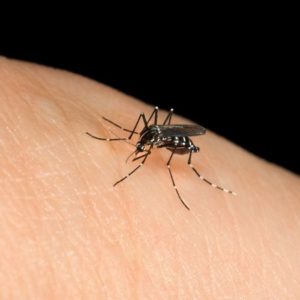 You probably don’t need to be told that mosquitoes are the most dangerous animals on earth to humans. Mosquitoes spread a number of different diseases such as Zika, dengue, yellow fever, chikungunya, and malaria. Mosquitoes kill millions of people every year. According to the World Health Organization, nearly half a million people died from malaria in 2015 alone. There is no doubt that mosquito-related problems will be with us for quite a while. Therefore, the government of every country in the world should have a plan to keep the populace from falling ill from disease carrying mosquitoes. When it comes to defending against mosquitoes, no country seems to take the matter as seriously as China. Officials within China have developed an accurate radar system that can pinpoint the flapping wings of a single mosquito from a distance of two kilometers. Although this technology is still in development, it has been reported that Chinese military officials want to test the radar on mosquitoes in order to keep the Chinese citizenry safe from mosquito-borne diseases this season.

For the time being, a prototype of the radar device is being tested at the Beijing Institute of Technology. According to one high-ranking military official in China who chose not to be named, “identifying and tracking individual, mosquito-sized targets is no longer science fiction.” Now these cutting-edge devices can be employed to better humanity. Chinese government officials are taking the threat that mosquitoes pose seriously; after all, mosquitoes have killed more people than all of the wars in history combined. However, mosquitoes can be hard to detect, so this new radar technology can be used to keep people safe. Following decades of development, military radars from numerous countries can pick up on the smallest movements from miles away; instead of using this technology for war, this technology could be put to use to save lives, and that seems to be on China’s agenda this year.

Do you think that using this technology to track mosquito swarms is overkill considering the decades of development put into the new radar device?