Locust Infestations Have Been Problematic Throughout America’s Agricultural History

In America, there exists numerous insects that are considered crop pests. However, no crop pest in America has caused the amount of crop destruction that locusts are responsible for. Throughout the nineteenth century in America, numerous incidents of locusts destroying entire crops have been documented. These days, we rarely hear about locusts attacking crops, but during the nineteenth century locust attacks were hardly rare. One of the most notable locust attacks on cropland occurred in 1874. Some historians have dubbed 1874 to be the year of the locust. 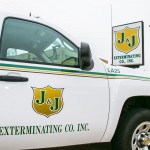 Locusts and grasshoppers are taxonomically identical. When locusts are non-destructive and non-migratory they are referred to as “grasshoppers”. When locusts are are being destructive and migratory, they are considered “locusts”. During the summer of 1874, locusts caused around 200 million dollars worth of damage to various crops in the midwest. The locust activity was intense enough to temporarily stop people from migrating westward. At the time, the locust invasions were forcing farmers to either return to the east, or travel farther west where locusts were not an issue. By the end of the summer season in 1874, 120 billion locusts formed a 100 mile wide swarm as it headed south toward Texas. Eventually, the swarm dissipated, but not before inflicting lasting damage to crops in the midwest.

The locust swarms of 1874 were thick enough to block out the sun for as long as six straight hours in some cases. When the locusts descended upon farmland, they destroyed every shrub, plant and tree in sight. The locusts easily flattened and devoured entire crops of corn and wheat. According to one eyewitness, the locusts consumed entire watermelons, and they easily stripped trees of all their fruit within a matter of seconds. Although it may be hard to imagine, an 1880 U.S. Entomological Commission report documented the largest locust swarm of 1874 as covering an area as large as the states of Connecticut, Delaware, Maine, Maryland, Massachusetts, New Hampshire, New Jersey, New York, Pennsylvania, Rhode Island and Vermont combined. Luckily, America has not seen similar sized locust swarms in the years since 1874.

Do you think that locust swarms are less likely to take shape and destroy crops today?