A Man Is Arrested For Leaving His Children In A Home Infested With Cockroaches, Maggots, Flies And Fleas

Most people prefer to live within a clean home, but that does not necessarily mean that clean homes are more common than dirty ones. Wanting a clean home is one thing, having the discipline and motivation to maintain a clean home is quite another. Although there are many people who struggle to prevent their homes from becoming a giant clothes hamper, most people would feel motivated to clean after discovering cockroaches, maggots and fleas in every corner of their home. Surprisingly, there does exist people who don’t seem to mind sharing their homes with the most disgusting insects that you can imagine. For example, a Florida man was recently arrested and charged with child abuse and neglect after police officers discovered the man’s child living in a home containing numerous insects of varying species. 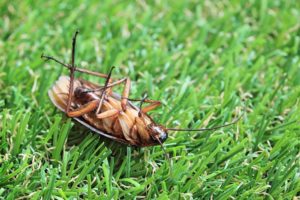 An anonymous tip led police officers to a filthy home that contained the filthiest insects imaginable. These insects include cockroaches, fleas, maggots and flies. The cockroaches were so abundant in the home that police officers could not glance in any direction without seeing several roaches. When police arrived at the man’s residence they found a child and a bedridden man alone in the home. Once the child’s father, Mark Cameron, arrived to the residence, he was promptly arrested for child abuse and neglect. The bedridden man turned out to be Cameron’s stepfather.

In addition to the insect presence in the home, there was no running water, which means that the child was unable to bathe. Animal control officers removed 15 cats from the premises as well as one dead one, which likely contained maggots. The floors were covered in cat feces and maggots, so the authorities had to watch their every step closely. The child’s mattress was covered in feces, urine and fleas. The boy claimed that his father beat him when he attempted to clean the home. Luckily, this man will not be leaving jail any time soon.

Have you ever encountered a home that was infested with more than one insect species?