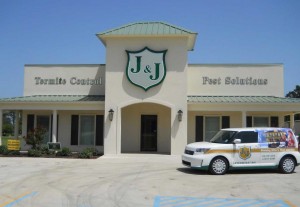 The spider is known as the giant huntsman spider, and its legs span an entire foot across. The giant huntsman is commonly found in Laos. This spider is found near or within the caves of Laos often, and their bites, though painful, will not cause death under normal circumstances. A bite from one of these giant cave-spiders could give you headaches, swelling, and vomiting.

On the other hand, researchers also discovered the smallest spider ever recorded, which was .4 millimeters in diameter. This cave-spider is referred to exclusively by its Latin name, Anapistula ataecina. This spider is not in high numbers as it is listed in the International Union for the Conservation of Nature. This spider is considered to be critically endangered, but there are a few known location in the world where these little spiders like to hang out. All of these locations are concentrated in an area of Portugal. Sadly, twenty percent of these locations have been destroyed by quarries. If there were any spiders dwelling within that region of land then they are most certainly dead now.

The most interesting fact that warrants further study is the fact that these cave-spiders operate their entire, or most of their lives without any access to light. In fact, some cave spider species have lost their eyes as a result of the adaptive worthlessness of eyes. Ongoing research is aiming to understand the behavior and physicality of these unique cave-dwelling bugs.

Have you ever spotted a spider while in a cave? Do you know what type of spider you spotted?