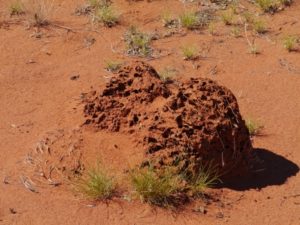 Way back in November of 1956, officials with the Smithsonian Institute tried to warn politicians, as well as the American public, of the likelihood of foreign termite invasions. Unfortunately, the American Congress failed to heed these warnings, and now some of the most devastating termites in America are invasive termites. A New York Times article from the mid 1950’s, long before invasive termites found their way into America, printed a story detailing the need for invasive termite prevention methods.

One of the most problematic of all  invasive termites, the Formosan termite, was discovered in Texas during the 1960’s. If the Smithsonian’s warnings had been taken seriously, the Formosan termite could have been prevented from costing billions of dollars in economic damage in the US. And don’t think that termites were not already a common problem in America at the time that this article was written.

According to Dr. Thomas E. Snyder of the Smithsonian Institute, termites were already causing one hundred million dollars of building damage each year, and that was in 1956 dollars. In fact, the Dr. goes on to say that a particular termite known as the coptotermes would be impossible to eradicate if it ever made its way into the continental United States. For those of you who don’t know, the coptotermes is the Formosan termites official name. This is why politicians need to listen to scientists.

During the 1950’s the very few termite experts that existed had already become aware of invasive termites arriving in America by shipping vessels. Also, leading entomologists at the time had stressed the importance of training young people to become entomologists or pest control professionals specializing in termite eradication. In today’s America, it is hard to believe that so few academics pursued educations in entomology. According to the Dr. it was next to impossible to convince congressional politicians of the importance of having well trained insect-pest experts, as well as the probability of devastating insect-pest invasions.

Do you think that the dangers posed by insect pests are still ignored by politicians today? If so, which type of insects do you believe require more serious attention?