Which American States Are The Most Afflicted With Insect Related Problems? - J & J Exterminating

Which American States Are The Most Afflicted With Insect Related Problems?

Which American States Are The Most Afflicted With Insect Related Problems 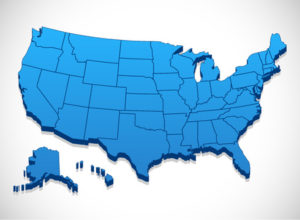 Insect pests are problematic all over the world, but we cannot necessarily hate insects either. Many insects, as is well known, offer the world many environmental benefits. However, it seems like we only hear about insect pests. This makes sense when considering how climate change is only exacerbating problems with insect pests. When it comes to America there are a number of states that experience far more insect pest problems than other states. Alaska for instance, due to its freezing temperatures, does not see much insect pest damage to the ecosystem. Other states within America, on the other hand, deal with insect pests on a daily basis. So which states are the worst for problematic bugs? Well, according to a study conducted in 2010, Florida easily comes out on top.

The states of Texas and Louisiana closely follow Florida when it comes to insect infestations. The worst state for bedbugs is, not surprisingly, New York. This is likely due to New York’s high population, as well as the fact that New York is a popular tourist attraction. After New York, California residents experience the most problems with bedbugs. Once again, this is due to California’s whopping population numbers.

The most common insects to invade homes nationwide are, of course, ants. Sixty percent of respondents claimed that home ant infestations were either likely or more than likely. According to the experts, the study mirrors real life, as ants are found throughout the entirety of the United States; while termites were most common in the west, the south, and the southeast regions of the US.