Are All Ladybug Types Beneficial To The Environment, And Farming?

Are All Ladybug Types Beneficial To The Environment, And Farming? 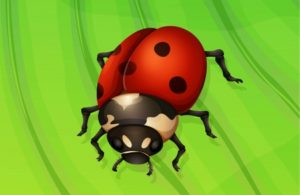 There are numerous soft-bodied bugs that can cause major damage to trees and other forms of vegetation. So it’s a good thing that the United States has the ladybug on its side since this bug loves to eat insect-pests. Ladybugs are, often times, a gardener’s single most beneficial insect. However, you should bear in mind that there are several different types of ladybugs, and not all of them are so great for plant life. In fact, some ladybugs are downright destructive when let loose on fresh plant life.

One particular type of ladybug, the multicolored Asian lady beetle (MALB), has become a problem in states within the north-Midwestern region of the United States. These ladybugs are surprisingly resourceful and cooperative with members of their own species. For example, the lady beetle will gather around the base of buildings as a group in order to remain heated during the cold months. These gatherings include an enormous amount of other lady beetles, so for these beetles, surviving the winter is the norm.

To be precise, there are no ladybugs that are native to the United States. In fact, America imported many different types of ladybugs from Southeastern Asia a little over a century ago. So although ladybugs may seem like a part of America, all ladybugs came from Asia. During the years of 1916 and 1917, the United States imported ladybugs to the United States as a last ditch effort to save American crops from insect-pests, and it worked. However, later on in 1978, there were many more ladybugs from Asia released in America, and this time the number of lady beetles in the mix increased significantly. Strangely, however, the lady beetles were not released within the state of Minnesota, which is where most lady beetle damage takes place. Experts are still trying to figure out how to control this slippery bug before it does too much damage.