Are Invasive Formosan Termites More Damaging Than Eastern Subterranean Termites In The US?

Are Invasive Formosan Termites More Damaging Than Eastern Subterranean Termites In The US? 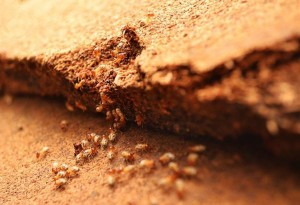 If you moved to the Gulf region of the US tomorrow, would you worry about Formosan termite infestations more so than you worried about eastern subterranean termites in your original home?