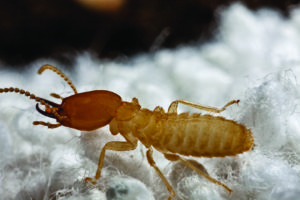 In America football, basketball and baseball are easily the most popular sports. Baseball is considered an American pastime, and football remains a sport that is mostly played only in America. However, most people around the world celebrate, what Americans refer to as “soccer”. You may think that American football attracts die-hard fans that become temporarily insane during games. However, many fans of soccer have gone to great lengths to show the world how much the game of soccer means to them. Even soccer players themselves tend to become involved with various controversial antics. Some of these antics may involve cheating. It would be hard to cheat at a soccer game, but one soccer player from the country of Uruguay is convinced that agents from England planted termites in his bed just before the two countries were to square off on the soccer field.

According to news reports Uruguay’s soccer team experienced the termite attack in the middle of the night at Brazil’s Marina Park Hotel in Fortaleza. Numerous members of the team awoke in the middle of the night only to find termites crawling all over their sheets and bare skin. Uruguayan goalie Fernando Muslera was particularly shocked by the unexpected infestation, as he was particularly vocal about the possibility of sabotage. The goalie also posted a picture of the termites as they were crawling all over his bedsheets. The Brazilian police are now investigating the matter. Apparently, the Brazilian police are considering the possibility of sabotage. According to one police source, the hotel rooms were thoroughly inspected before the arrival of the athletes. The rooms were searched for bombs and nuclear materials. So how did these termites find their way into the only part of the hotel where professional soccer players were staying? So far the authorities are not sure, but this could possibly be the first time in history that termites were used to sabotage a sporting event.

Have you ever heard of insects or spiders being used for malign purposes?