This Beetle Is Older Than The Dinosaurs - J & J Exterminating

This Beetle Is Older Than The Dinosaurs

This Beetle Is Older Than The Dinosaurs 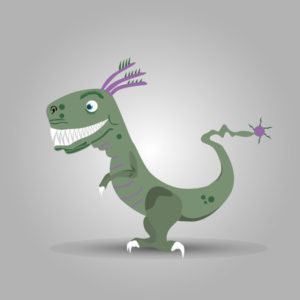 Beetles are fascinating creatures. There are currently four hundred thousand beetles that have been documented by scientists. If this seems like a large number to you, then you would be correct. Beetle species make up nearly one third of all known known organisms on the planet. As you can imagine, beetles have existed on earth for a very long time, even before dinosaurs came into existence. This is why even modern beetles possess many primitive characteristics, such as hardened wing cases, just to name one. Now researchers have discovered a fossilized beetle that represents a new species. This beetle has officially been named the Ponomarenkia belmonthensis.

Researchers were surprised to discover that this beetle possess many characteristics that make it seem more like a modern beetle, as opposed to an ancient beetle. For example, Modern characteristics include the antennae, which looks like a string of beads, and a narrow abdomen that tapers to a point. This super-old beetle had also abandoned tree bark as shelter; instead preferring to roam about freely among plants, much like modern beetles. What makes this particular beetle special is the fact that it does not fit into any of the four known beetle suborders. This beetle truly stands alone. This is why the researchers responsible for discovering this new beetle have given it the nickname “bad boy”.

Beetles are unique organisms in that they survived early catastrophic events that killed off many other organisms. These events involve the acidification of the oceans, and mass volcanic explosions. Beetles were able to survive these dramatic events due to their protective exoskeletons and their terrestrial life style. But this beetle did, eventually, become extinct, as there are no other beetles of its particular kind in existence today. According to researchers this beetle fossil is an amazing three hundred million years old.

Which other insects do you think measure up to the beetle when considering the ability to survive natural catastrophic events?

Tags: This Beetle Is Older Than The Dinosaurs