The Bizarre Panda Ant Can Kill A Cow

The Bizarre Panda Ant Can Kill A Cow 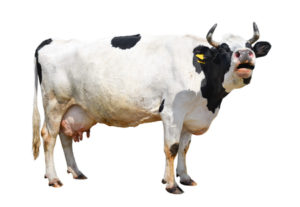 There are not many insects in existence that can kill a cow, but one ant can do just that with the power of its sting. Panda ants live up to their name by sporting a coat of fur that makes them resemble the pandas that we are all familiar with. Despite their common name, these insects are not ants; Instead these insects are actually wasps. This makes a little more sense since wasps are known for their terrible stings and not much else. These insects are pretty nasty predators, but thankfully humans do not count as one of their targets.

Panda ants belong to a family of insects that are officially referred to as Mutillidae. There are many varieties of Mutillidae, and only a few different types naturally resemble pandas, but the ones that do are spot on. Mutillidae are orange and black in appearance, and they are also referred to as velvet ants. Although it is often claimed that these ants can kill cows, there has not yet been any scientific information verifying this claim. However, humans, although only rarely stung, have reported their stings as being unbearably painful.

Many different sources report different information concerning the nature of the panda ant, but experts seem sure that these creatures can be labeled as parasitic. These insects prefer to infect the pupa of other insects, even their own. Once the panda ants eggs hatch, the offspring will feed on the pupa of another species.

The panda ant is solitary, and is not known to live within colonies or forage with other insects of their kind. Also, these insects do not form nests, and they can sometimes be spotted wandering into people’s garages, but they prefer to dig burrows within soil.

These ants were first discovered in Chile, but they have since been spotted in regions that include northern Mexico, as well as the southwestern United States. So the next time you step outside, just remember that an insect that can reportedly kill a cow has been found in American backyards.

Do you think that the mutillidae can kill cows, or any animal with similar proportions?