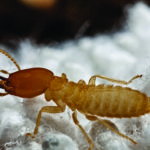 In the United States people do not often encounter buildings or homes that have existed for more than a century. This is in contrast to many other countries in the world where centuries old structures can be found on every block. For example, old castles and fortresses dating back to the medieval period can still be found standing in many locations throughout Europe. Despite the fact that America is a relatively young nation, some historically significant structures can still be found standing in many regions of America. Most of these old structures consist of colonial log cabins that have been preserved over the years. For the most part these timber-framed structures exist outside of urban areas, and they are few and far between even in rural regions. In addition to old log cabins, there is still an abundance of historically important churches located in America. One of these antiquated churches is known as the Blackwater Presbyterian Church. This church was built in 1763, several years before the founding of the United States. Sadly this church was recently demolished due to an extensive termite infestation that had lasted for decades.

During the past two decades, the structure has undergone extensive renovations in an effort to keep the church standing for the good of the surrounding community. However, during the past year, the church started to lean to one side. Thorough inspections revealed that termites had damaged just about every support structure within the church. Once the owners removed the structure’s floorboards, they realized that the termite infestation was more serious than they had thought. According to the groundskeeper, the church was no longer safe to inhabit, as termites had weakened the floorboards and the wooden support beams. In response to this infestation, the church was recently torn down, leaving only its foundation. The church was painstakingly taken apart by hand so that as much material as possible could be saved. It has not yet been decided if a new church will stand in place of the old one.

Do you believe that the Historical Preservation Society should allocate funds to repair termite-damaged historical structures?