Not long ago, this blog described the termite crises that is occuring in the Luxor province of Egypt, but now this situation has reached catastrophic proportions. Last August, news outlets reported on the state of emergency that had been declared in the provinces of Luxor and Aswan. This declaration came in response to an outbreak of termites in these two provinces. By the time the state of emergency was declared, termite damage had already rendered several homes unlivable, but now a sizable amount of residents are being forced to sleep outside, as their homes have partially or completely collapsed. Due to the worsening of this crisis, many residents of the highly populated capital city of Cairo are worried that the termites will wreak havoc within their city as well. 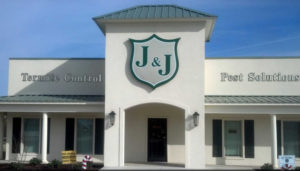 One Luxor resident, Saad Mohammed Hassan, and his family are now on the streets as ravenous termites have completely destroyed his home in only one single week. Each day Hassan’s home suffered a stark increase in structural damage. Now, Hassan’s home has collapsed entirely due to termite damage. Another resident, Um Shaban, may still be living within her home for the time being, but she does not have a roof over her, as it has been destroyed by termites. The parts of the roof that the termites did not eat fell to Shaban’s floor. Even a majority of Shaban’s clothes have been “worn out” by termites. Authorities in the region have been responding to this disaster in a manner that could be considered less than sympathetic, as many have blamed homeowners themselves for not treating their land with termite control chemicals. However, many residents, including Shaban, claim to be unable to afford insecticides. According to Omar Tamam, professor of Natural Protectorates and Wildlife at University of Sadat City, when termite predators develop a defect that inhibits their ability to hunt termites, termite numbers naturally increase and something of this sort must be occurring in Luxor and Aswan. Since urban areas contain very few termite predators as well as an abundance of wood for nesting termites, the termite invasions in Luxor and Aswan may get worse before getting better.

Do you think that a similar urban invasion of termites could occur in the United States?