Along with the Formosan subterranean termite species, the closely related Asian subterranean is known for being the most destructive termite to manmade structures. Both of these species are native to southeast Asia, but given their ability to thrive in a variety of different landscapes, these species have spread to numerous regions across the globe by means of maritime travel. The Asian subterranean termite appeared in Brazil back in 1923, and since then it has continued to spread north in the Americas and into the Caribbean. The year of 1996 saw the first sighting of this species in the continental United States, and three years later, a colony was found infesting a waterfront house in Key West, Florida. However, unlike the equally destructive Formosan termite, the Asian subterranean termite has not advanced much beyond the southern coast of Florida. Although this species is largely limited to the southernmost areas of Florida due to its need for hot and humid tropical environments, researchers cannot deny that the Asian subterranean termite is slowly but surely advancing northward. This slow advancement may be due to climate change, as warmer temperatures are making areas north of southern Florida suitable for this species’ survival. If this destructive species becomes established in other states, the US could see the same sort of termite destruction that this species is currently causing in the country of New Zealand. 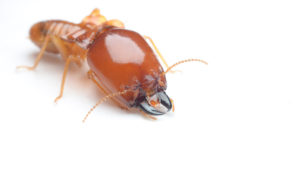 The Biosecurity Authority of Fiji (BAF) is currently asking the public for help in preventing the Asian subterranean termite from traveling beyond its containment zones. Specifically, the BAF is asking citizens to monitor roadways for vehicles transporting wood out of termite containment zones, as this sort of transport became a serious problem last year in the island country. In addition to the prohibition of lumber transport out of emergency containment sites, the BAF is also penalizing individuals who transport “host material” out of these zones. Host materials include Asian subterranean termite nests, soil, potted plants, logs, timber, kindling, planks, wooden furniture, live plants, harvested host plants and all cellulose-containing materials like books, paper, clothing and all textiles. Anyone caught violating these rules will face stiff fines as outlined in the country’s 2008 Biosecurity Act. Hopefully, the Asian subterranean termite will not cause similar problems in the US.