Dragonflies Are Far More Interesting Than You Know

Dragonflies Are Far More Interesting Than You Know 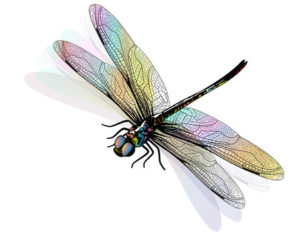 We have all seen at least one dragonfly at some point during our lives. Dragonflies are considered interesting insects, while most insects are met with a boot. So what is it about dragonflies that make them so fascinating to people. Is it their large wingspan, their big and bulging eyes, or the unmistakable buzzing sound that they make while flying around? All of these features and many more serve to make dragonflies relatively respectable creatures. But there are also some lesser-known facts about dragonflies that you may not have known.

Dragonflies have been buzzing around the earth for a very long time. In fact, dragonflies existed even before dinosaurs did. Two hundred and fifty million years ago dragonflies were snatching up prey left and right, and they were gifted predators. This is probably because these ancient dragonflies, known as Griffinflies, were enormous monsters that you would think a B-Film Hollywood producer would have conjured up. Scientists now believe that the first dragonflies appeared on earth three hundred million years ago.

Has a dragonfly ever flown into your face?