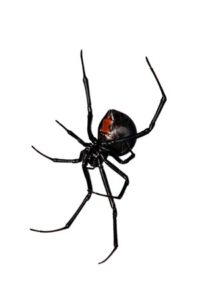 Many of us fear insects and spiders, but how valid are our reasons for this fear? Do we fear spiders and insects as a result of instinctive reactions that are beyond our control? This may be true, but instinctive fears are certainly not the only reason why you jump out of your seat when spotting a harmless insect or spider. Over the years, Hollywood films have depicted arthropods as creatures that mean us harm. May Berenbaum, who is the head of the University of Illinois entomology department, has hosted a film festival for the past three decades. Berenbaum only shows films that have contributed to a culture of fear concerning spiders and insects. It has been  Berenbaum’s hope that by showing such films, she could reduce the irrational fear of spiders and insects that so many people seem to possess.

Berenbaum’s annual film festival typically shows cheesy B-horror films depicting mutant praying mantises that can topple cars and knock over buildings. As cheesy as many of these movies seem to us today, these old films bear some responsibility for the widespread fear of insects and spiders. However, Berenbaum does not just focus on cheesy horror films from the 1950s, she also screens newer films. Berenbaum will also take time to discuss what makes the films inaccurate, and while the answer may seem obvious, you would be surprised.

One of the more recent and better reviewed films that Berenbaum chooses to show at her festival include films such as Mimic. In this film, roaches grow to eventually reach large proportions. The problems with this movie are obvious, and Berenbaum often chooses movies that will help people laugh off their spider and insect fears. Monsters from Green Hell is another movie Bernbaum shows for both amusement and education. In this movie giant wasps kill people. These wasps also have compound eyes, which is accurate. However, according to Bernbaum, the oversized eyes look monstrous because they do not roll back into their sockets like they are supposed to. So if you like movies and bugs, don’t miss Bernbaum’s next film festival.

Have you ever seen a movie that misrepresented spiders or insects? If so, which movie was it?