Formosan Termites Can Invade Homes Through Bathroom Plumbing In Louisiana

While Formosan termites have established an invasive presence in the United States, their habitat in the US is largely limited to the Gulf Coast region, but colonies have been found in California as well. Although Louisiana residents consider a Formosan termite infestation to be among the worst misfortunes that can befall a homeowner, their massive swarms are also a source of stress and annoyance for residents in the state. Formosan termite swarms often appear in residential, urban and basically all types of landscapes within Louisiana. These swarms are more than just a nuisance, as they also lead to significant environmental and property damages due to their habit of infesting trees in urban and residential areas. This is particularly problematic for New Orleans residents and business owners, as the city is well known for the numerous and picturesque trees that exist on private properties and along public streets. New Orleans is not the only city in the state where structures become inundated with swarming termites (alates), as one resident, Brittany Boura, from Cut Off, found herself at the center of a swarm while visiting Frank’s Supermarket in the city. Boura claims that the swarm must have consisted of “millions” of alates that had terrified her as well as other shoppers at the store location. 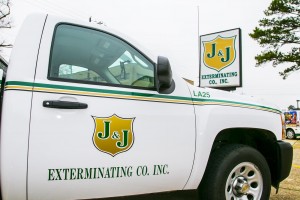 What makes Formosan subterranean termite swarms particularly horrific is their massive and seemingly impossible colony numbers. While native termites in Louisiana and the rest of the US dwell in colonies that consist of up to 400,000 individual termites, Formosan colonies contain a whopping 5 million termites. Formosan termite alates are also known for their ability to chew through just about any type of building material in their effort to access structural wood within homes and buildings. These materials include brick and concrete. The invasive termites have even been found entering homes through bathroom plumbing, making Formosan termites truly unique for their stubborn determination to feast on Louisiana houses.

Have you ever witness a Formosan termite swarm in an urban area?