Hundreds Of Ticks Were Found On An Abandoned Baby Bobcat

If you live in a region that is inhabited by wild bobcats, then you may know how fierce and dangerous these animals can be. However, there is no denying that baby bobcats are among the cutest creatures to ever exist. Perhaps most people would run in the other direction upon finding an adult bobcat in an injured state, but who could avoid coming to the aid of a harmless baby bobcat? Luckily, an abandoned baby bobcat was reported to animal control authorities upon being discovered by residents of a Virginia neighborhood. After locating the helpless bobcat authorities quickly noticed that its coat was covered in hundreds of ticks. 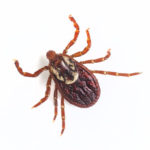 Although bobcats are fierce predators that could kill a human with ease, it could be argued that disease-carrying ticks are even worse. Around 200 ticks infested the baby bobcat, which was found in Amelia County. After the bobcat underwent an examination and treatment for injuries at the Countryside Veterinary Center, it was taken to the Metro Richmond Zoo. One employee with the animal shelter posted the bobcat’s story on her Facebook page. The three month old bobcat was found dehydrated, undernourished and covered in ticks, 200 of them to be precise. Removing the ticks took around three hours, and bloodwork was done in order to check the cat for any tick-borne diseases. Despite the massive tick population that had been adhering tightly to the bobcat’s skin, the cat’s bloodwork came back negative for tick-carrying pathogens.

The cat was taken to rehab by an animal shelter employee while it recovered for a period of two weeks. It was eventually decided that the local zoo was the best place for the animal, as it still required medical care. Zoo officials named the bobcat Bellamy, and animal rescue employees seem confident that Bellamy will be well cared for at the zoo. The bobcat is lucky to be regaining its health, as Virginia has a relatively high population of disease-carrying ticks.

Are you surprised that the bobcat remained free of tick-borne disease considering that it was found within a region where tick-carrying ticks are abundant?