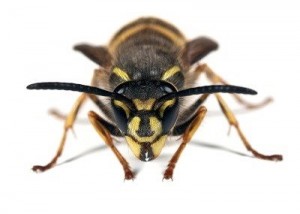 A group of international researchers have recently set up shop in the African country of Tanzania. The goal of the study is to determine how a solar eclipse determines the behavior of flying insects, especially flying insects that carry disease. The team’s unofficial mission is to ascertain how effective new technology can be at detecting the identity of winged insects.

At least since the seventeenth century scientists have known that each type of flying insect will flap its wings at differing rates. A flying insect’s flapping movements are just as discernable to humans as fingerprints. The only problem for scientists is that it takes an individual, normally musically inclined, with a great ear that can discern pitch with precision. As you can imagine, these types of people are not always available to help with studies, especially in Africa. And if data from flying insects were to be collected by a non-scientist, there would, and has been, communication problems when non-scientists work with scientists.

Although listening to the beats of flying insects can allow some people to determine the insect type, this type of data is often unreliable. In response to the lack of super-eared people available for bug studies, and the inadequacies that are involved with this method, researchers are developing lidar technology in order to identify different flying insects for science. Lidar is similar to radar, but instead of dealing in sounds, lidar uses light.

Lidar works by shining a beam of light towards an area inhabited with flying insects. Once an insect crosses the light beam, or lidar, the beam will record how rapidly the flying insects were flapping their wings. This lidar technology can be used by anybody, and hopefully its existence will properly replace the earlier method of simply listening.

Can you, or can anybody you know, use perfect pitch to differentiate flying insects?