Nocturnal Insect Pollinators Are Being Hindered By Artificial Light

Nocturnal Insect Pollinators Are Being Hindered By Artificial Light 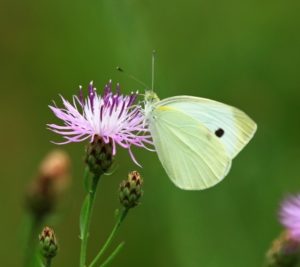 During the daytime hours we commonly find bees buzzing around various plants. For this reason, bees are the most well known of all insect pollinators. Many of you are aware that bees are not the only insects that pollinate plants, but where are all the other insect pollinators? Why do we never see moths, beetles, or other insects pollinating plants? The reason is simply due to the fact that many insects pollinate plants during the nighttime hours. Although bees are the most active of plant pollinators, other nocturnal insects still play an important role in plant pollination. Unfortunately, a recent study has demonstrated that artificial lights are preventing certain nocturnal insects from pollinating fruit plants.

Researchers from Switzerland have compiled evidence suggesting that fruit and cabbage crops are suffering as a result of decreased nighttime pollination activity. Many researchers agree that artificial light does, indeed, hinder certain insects from pollinating plants. However, researchers are unsure as to how artificial light sources are interfering with nocturnal insect pollination.

The researchers involved with this study believe that the decrease in nighttime pollination activity could result in less pollination during the daytime as well. Since less fruit plants are reaching maturity as a result of decreased nighttime pollination, it follows that bees will be left with less plants to pollinate during the daytime. If an insect-friendly form of artificial light could be developed, then this “ripple effect” could be prevented.

Since plant pollination is largely driven by bees in search of nectar, could the slowly decreasing amount of available plants be contributing to the reduction of the global bee population?