It is a good thing that every state employs health officials to inspect restaurant kitchens, especially considering how commonly restaurants are cited for insect-related violations. Anybody who has ever worked in a restaurant kitchen knows how conducive the environment is to insect infestations. The fast-paced work in restaurant kitchens allows little to no time to keep conditions sanitary. After a lunch or evening business rush, pieces of food can wind up in every nook and cranny of a kitchen, requiring hours of cleanup at the end of the day. 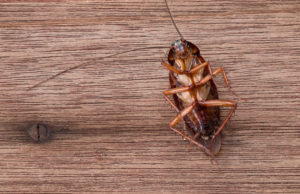 In New Orleans where many restaurants are located within historically significant, but outdated buildings, insects like cockroaches and flies can easily gain access to kitchens through structurally compromised areas. The city’s subtropical climate allows urban insect pests to proliferate to staggering numbers. According to a 2015 study carried out by the American Housing Survey, New Orleans sees more roach infested homes and buildings than any other American city. Although restaurant patrons in New Orleans likely understand how difficult it can be for staff to keep roaches out of the kitchen, finding a cockroach within a bowl of gumbo would certainly not be accepted. However, there was a time when serving roach-infested food at New Orleans restaurants was dismissed as inevitable. For example, an old local newspaper article from 1917 described an event in which an off-duty health inspector became disgusted upon find a huge roach float to the top of his soup. Surprisingly, the article’s author sympathized with the restaurant’s staff more so than the patron.

According to the 1917 Times of Picayune article, before an off-duty health inspector took a bite out of his shrimps a la Creole at a popular St. Charles Street restaurant, he noticed that the dish also included a cockroach. While many residents were appalled by the story after it went public, the article’s author was dismissive, as he stated that such events were inevitable in a city so filled with cockroaches. Today, it is well known that roaches can spread a variety of disease-causing bacteria, and the insect pests are less prevalent in restaurant kitchens now thanks to insecticides and other pest control methods that did not exist back in 1917. Luckily, roach-contaminated restaurant food is no longer acceptable.

Have you ever worked in a restaurant that had a pest problem?