There are many invasive insects in the world. For example, decades ago, the Formosan termite was brought to America from Southeast Asia, and since then, this insect has caused an unbelievable amount of destruction. This termite will certainly not be the last devastating invasive insect to wreak havoc in America. Now, researchers are becoming concerned about a particular species of ant that seems to be preparing for a global invasion. The ant species known as Lepisiota canescens is, according to experts, demonstrating behavior that indicates supercolony formation, and an eventual global spread. 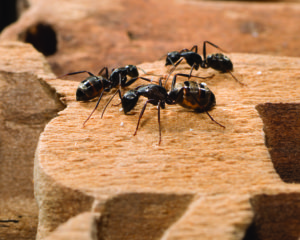 According to D. Magdalena Sorger, a postdoctoral researcher at the North Carolina Museum of Natural Sciences, the Lepisiota canescens is native to Ethiopia, and more people are traveling to Ethiopia than ever before, which only increases the chances that these ants will invade the globe. Invasive insects almost always hitch rides with humans in order to reach other regions. These ants could easily hitch a ride to another continent within plant material. These ants could populate a region where they are not native just as long as a queen ant is inadvertently translocated. This is precisely what happened with fire ants decades ago.

Normally, an ant colony is ruled by one single queen, and this queen rules over one species of ant. However, supercolonies consist of several related species as well as several queens. Supercolonies form when a group of ants and several queens find it in their mutual interest to build colonies together. Supercolonies can consist of many different colonies that span several miles, sometimes hundreds of miles. However, although ants are social creatures, they cannot maintain this mutual working relationship without eventually falling apart. Only ants are capable of forming super colonies. Some experts believe that it is only a matter of time before this destructive Kenyan ant winds up in North America.

Do you think that Lepisiota canescens will make an appearance on American soil? Why or why not?