Most Popular Insects in Japan

Most Popular Insects in Japan 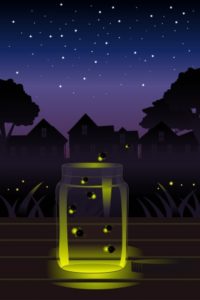 I don’t know if you ever noticed this, but it seems like people in Japan are crazy for insects. They just love them ecstatically in a way that no other culture really comes close to emulating. The Japanese are easily the biggest bug-lovers of this world. But, while they appreciate insects in general, there are a few specific bugs that they just go nuts over. They have favorite insects that are beloved by almost all people in Japan, even the adult women who act like they might die if they touch one (she was once a little girl with a major crush on insects). So, what is so special about these insects? Why do the Japanese love them so much? Here are the insects most loved by the Japanese people, and the reasons why they love them so gosh darn much.

Butterflies are very popular insects in Japan (and, well, everywhere else too). Butterflies symbolize springtime and marital bliss, and are popular motifs to put on everyday clothes, as well as kimonos and yukatas (a lighter kimono for summer). Butterflies even adorn many crests of powerful samurai clans, whose members also wear them proudly on their armor, weaponry, and banners. Butterflies are believed to bring joy and happiness, and so are considered good luck to wear.

Another beloved insect of the Japanese are fireflies. Japanese people will often go firefly viewing, called hotaru gari, a very popular pastime, in the early summer. These bugs peak in numbers at the beginning of June, and this time represents the period of seasonal change when spring turns into summer. The Japanese are as enthusiastic about going out to watch fireflies at this time as they are about the cherry blossoms in spring. The Japanese see these bright bugs as being similar to floating lanterns from the gods that are meant to illuminate the night sky, and the Japanese admire their frailty and short-lasting splendor as something worth cherishing because they are fleeting and can only be enjoyed for a short time.

The grasshopper is another insect beloved by the Japanese. They have a long tradition of enjoying listening to their calls both in the wild and as pets. The grasshopper is actually a symbol of good luck, and are, therefore, a popular insect for young children to catch and keep as pets.

Can you think of any particular insect that is truly appreciated and loved in America? What does that insect mean to and symbolize for us?

Tags: Most Popular Insects in Japan