Residents Panic As Numerous Roaches Emerge From A Manhole

Residents Panic As Numerous Roaches Emerge From A Manhole 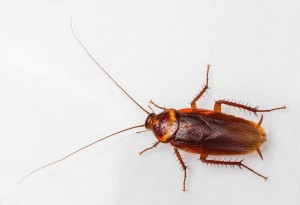 It is not hard to believe that roaches may infest sewers, but seeing vast amounts of these disgusting creatures emerge from a neighborhood manhole still seems abnormal and frightening to everyday residents. Recently, residents of a Philadelphia neighborhood experienced quite a shock as a nearby manhole became the sight of hundreds, if not thousands, of emerging cockroaches. Residents in the area at the time were afraid that the cockroach invasion would make its way into nearby homes. In response to this cockroach visit, residents gathered in the street with bug spray and heavy boots in order to slow the cockroach hoard.

One neighborhood resident, Luejean Gibson, first took notice of the numerous roaches after her dog began to act strangely. Gibson’s house was located directly in front of the manhole where the swarms of cockroaches were emerging. She described a scene involving dozens of nearby residents frantically stomping on the cockroach swarms. The infested area within her neighborhood eventually became the sight of hundreds of freshly stomped roach corpses. The residents reportedly stomped on the emerging roaches for a full hour before the swarms began to decrease in size. Gibson has been living in this neighborhood for over forty years, and she has never seen anything like it. Gibson eventually managed to plug the hole where the roaches were escaping onto the streets.

In response to this horrifying scenario, an official for the city claimed that this was the first time that he had ever heard of a situation like this. The next day, utility workers opened the manhole in order to determine the source of the cockroach swarms, but at that point, the roaches had disappeared. Despite never hearing about a similar roach-related scenario, the city official claimed that it is not uncommon to find roaches emerging from manholes. His best guess for what caused the roach invasion was increasing methane levels or rising water within the sewer system.

Have you ever encountered a roach emerging from a drain in your home or outdoors?