Las Vegas is an ideal vacation destination for people looking to blow their savings, but you may want to avoid their grocery stores. While there may very well be a few grocery store locations in Las Vegas that do not contain filthy disease spreading rats, the Albertsons on Lake Mead and Boulder Highway is definitely not one of them. On November 7th, this Albertsons location was forced to close after government inspectors discovered that the management team had hid a potentially life-threatening rat infestation from the public as well as the government. Unfortunately, this rat infestation was not your typical rat infestation, as the rats had apparently mated, reproduced and raised their young within the store. The rat offspring then grew into adulthood and proceeded to mate and raise their own young. This cycle continued until, eventually, the store’s managers were caught attempting to hide the infestation. 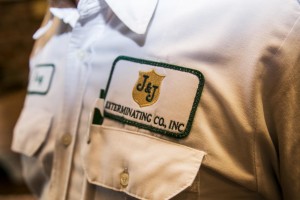 Records dating back to late last summer prove that the store’s management team as well as the employed staff had known about the rat infestation for months. Despite knowing that a rat infestation within the store existed, and was against health codes, the management team kept a tight lid on the rat presence. Eventually, the health department learned of the situation after an employee wrote the department a letter describing the infestation. The letter described rats that ran around the breakroom as well as the rest of the store. The letter also claimed that the infestation had been known to all employees and managers for at least three months. Officials with the health department confronted the store’s record-keeping director, Kathy Chin, who then provided officials with the store’s log book. The records stated that over 40 different rodent sightings had occured since September 19th. Several dead rats were found and many more live ones were found on top of coolers and dangerously close to food. Rat feces had also been found in numerous locations. Pest control inspectors that had been called to the store in the previous months claimed to have found rats every day and they even killed 45 of them. A few days later, the store reopened, but probably with a new management team.

Do you ever become concerned about pest infestations within supermarkets or restaurants?