The West Nile Virus Is Claiming More Lives Across The US

The West Nile Virus Is Claiming More Lives Across The US 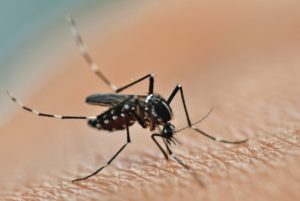 The West Nile virus is not showing any signs of slowing, as it seems more lives are taken every day by this mosquito-borne disease. The virus has taken the lives of American citizens from a variety of different states. States as geographically separated as South Dakota, Florida and California have all reported at least one death resulting from West Nile infection.

In Long Beach, California a beloved public figure died from the West Nile virus at the age of sixty eight. Robert Palmer was well known in Long Beach for his environmentalist activities. Palmer was one of the founders of the Long Beach chapter of the environmental group Surfrider Foundation. This group of environmentalists are determined to keep the beaches of California clean. Palmer is the fourth confirmed West Nile-related death in California this year. There has been close to ninety cases of the virus reported across the state so far this year.

Officials from the state of Ohio also reported the first death from the West Nile virus this year. The Department of Health announced Wednesday that a seventy four year old woman died after receiving treatment for encephalitis in a hospital. The woman’s encephalitis came as a result of her contracting the West Nile virus. So far this year officials in Ohio have reported ten cases of West Nile in the state. Last year Ohio saw a total of seventeen West Nile-related illnesses.

Even states as far north as South Dakota are not free from the dangerous aedes aegypti mosquitoes, as health officials in the state have reported the first death resulting from West Nile infection this year. The victim’s name was not released to the public, but she was an elderly woman between the ages of eighty and eighty nine. Surprisingly, South Dakota health officials have reported a total of thirty nine cases of West Nile infection so far this year.

How many cases of West Nile have been reported in your state? Do you live in the same county as any victims who have contracted the virus?

Tags: The West Nile Virus Is Claiming More Lives Across The US