The Zika Virus Can Reduce A Fetus’ Oxygen Supply

The Zika Virus Can Reduce A Fetus’ Oxygen Supply 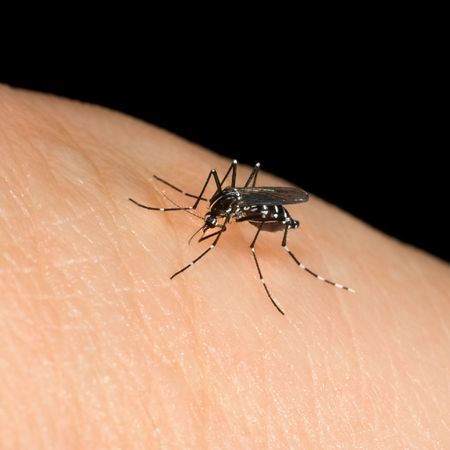 Luckily the Zika virus was not a global health concern in 2017, at least not like it was two years ago. Hopefully 2018 will see an even smaller amount of Zika infected individuals. By now you are all certainly aware that the Zika virus attacks a pregnant woman’s fetus. Ever since Zika made its initial appearance, researchers have been studying the peculiar and damaging effects that the virus has on developing fetuses. Since Zika infection rates have plummeted, researchers have had more time to study the prenatal effects of Zika. Researchers have recently learned that the Zika virus will hinder a fetus’ access to oxygen. This reduced amount of oxygen can result in severe brain abnormalities.

Researchers at the National Institutes of Health have found that monkey fetuses are unable to receive an adequate amount of oxygen when their pregnant mothers are infected with the Zika virus. The researchers also noted that the placenta and uterus in the pregnant female monkeys had become inflamed. This inflammation can damage the fetal immune system, and newborn babies can become more susceptible to diseases.

According to Dr. Daniel Streblow of the Vaccine & Gene Therapy Institute at Oregon National Primate Research Center, the blood vessels in the uteruses of primate mothers infected with Zika had become significantly inflamed. An even more important observation involved the alteration of the placental villi. The placental villi is an organ that branches off from the uterus and it provides a fetus with the nutrients and oxygen it needs from the mother’s blood supply. Damage to the placental villi results in slowed growth and, in some cases, stillbirths.

The team analyzed fetal brains from primate mothers that were infected with Zika. The initial analysis did not show signs of microcephaly. However, this did not surprise the researchers as previous studies yielded the same results. Microcephaly is only one single complication that is on a spectrum of many complications. As a result of this study it is now known that damage to the placental villi may be the cause of neurological underdevelopment in babies born to Zika-infected mothers.

Do you believe that enough evidence exists to suggest that human females who are infected with the Zika virus will sustain damage to their reproductive organs?